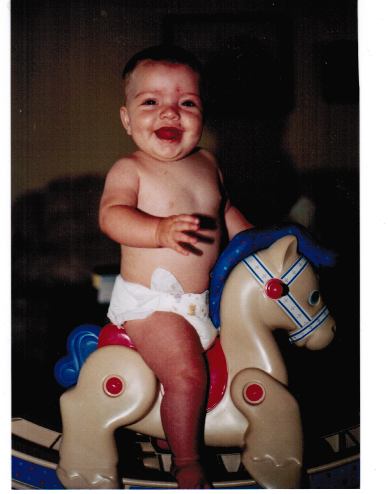 So often we are sold a bag of goods that look good when we buy into it, but after we get it home and really take a closer look at what we purchased, it turns out to be a bag full of rotting fruit. Yes, this is a metaphor for how deception works. But what if we are the ones deceiving ourselves?  Then who do we blame? Oh yea, us.  The question: Can women have it all? Let's take a look at role reversals for a minute.

In the 1950's post WWII times, women were forced into the workplace to provide for their families when their husbands went to war. In the 1960's the "Woman's Movement" was an effort to get women out of traditional roles and to stay employed as a way to find self-fulfillment in the workplace. We still are fighting to get away from the "traditional" role where a woman stays home and raises the kids and runs the house while the man goes to work and earns a living. We are told that's so old school. Old rules don't apply today, right? I mean, there are more women in the workforce then men, but the "gender wage gap" still shows women still only make 80% of what a man makes (https://www.businessinsider.com/gender-wage-pay-gap-charts-2017-3). Hispanic women make far less and Asian women make considerably more than White and Black women. The message remains that we must work HARDER to get rewarded financially which is the only the measurement for success. Think about it...Power, Money, Status...all traditional measurements for men of of the past and women have adopted that measurement as success for themselves.

Think about this...more women are breaking barriers in the workplace. More women are in positions of leadership and power. Hillary almost made it to the Whitehouse, the highest measurement of success in America. While the women are in the workplace, men are becoming stay-at-home dads because they are not making as much as their wives and they are told they should be supportive of their wive's desire to climb the corporate ladder. This is a good thing right?

More women are living in poverty, forced to return to the homes of their parents because they are raising the children alone, one one paycheck, and can't pay for childcare. According to an article in Center For American Progress called, "The straight facts on women in poverty,

Heart disease is way up for women. According to an article released May 14, 2019, by the Center for Disease Control (cdc.gov), "Heart disease is the leading cause of death for women in the United States, killing 299,578 women in 2017—or about 1 in every 5 female deaths."

In an article in PsycholgyToday called Sex Passion, talks about how women in positions of power and money are having affairs, leaving their husbands, and taking the house and the kids.  It says, "Confusion strikes both men and women today in aligning their passions and their roles."  Where there is confusion in relational roles people argue, fight, isolate, and eventually divorce. Women gained a new identity with the "women's movement,"  but no one explained to men how they are to respond to all the role changes in their home. Consequently, more men are finding love online and companionship through gaming.

Additionally, many of today's Mothers and Fathers are seeking to find their happiness outside of the home. The children are being raised by care givers (nanny, daycare facility, grandparents), or are left to raise themselves (latch key kids), and subsequently reports of child abuse and neglect run unabated. No one will care more for your child than you will, but they certainly will care less.

I think there needs to be more discussion, more compromise, and more agreement on roles within each household PRIOR to moving in together and certainly before having children. It's a lot more complicated than stereotypes and standardized measurements of financial wealth.

One last thing to consider...If you find your identity in your career, your acquired stuff, and your paycheck, what happens to your identity when you no longer have those things? I'm not saying women shouldn't work outside their home. I am however saying women shouldn't find their identity in a job or paycheck anymore than being a mother is their only means of happiness. A job will end and children will grow up. Happiness lies in finding a balanced life filled with blessings found in everyday experiences, wherever you spend your day.

The greatest rewards are intrinsic: compassion and empathy, emotional well being, commitment, caring, and love. These things are not found in a paycheck, a title, or a promotion. They are the gifts we give each other in our relationships.

"Three things will last forever—faith, hope, and love—and the greatest of these is love."